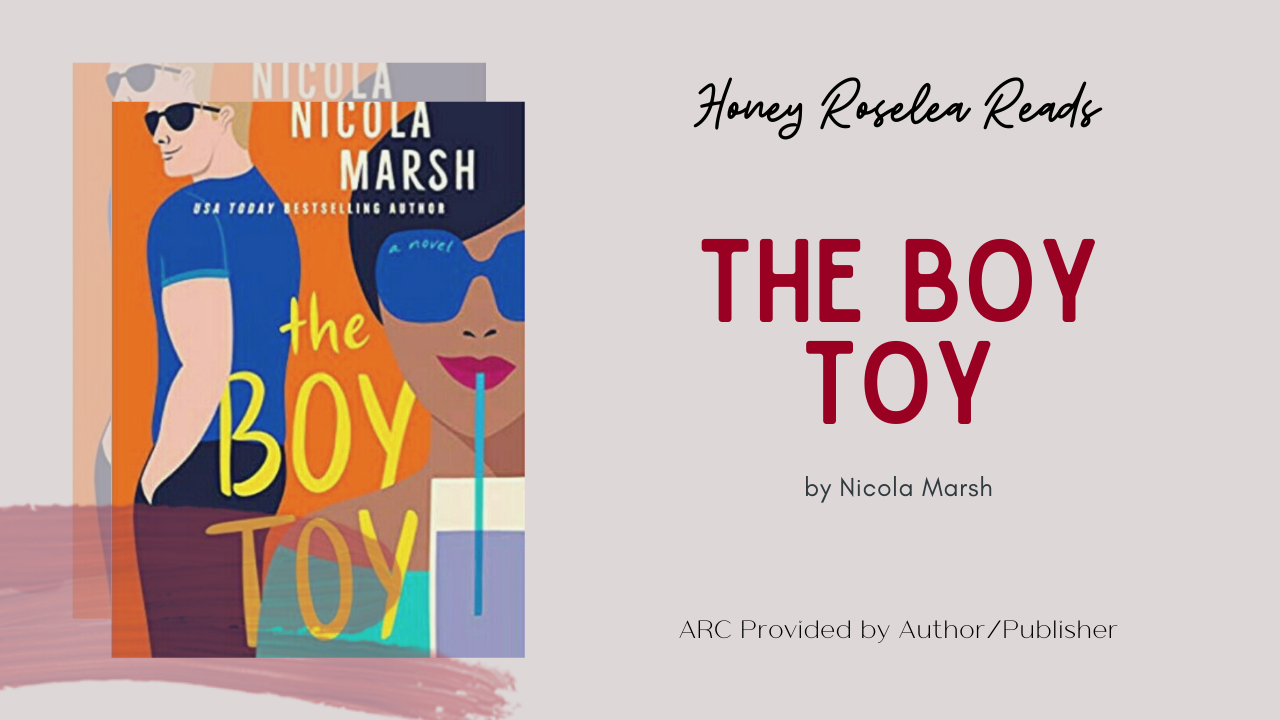 The Boy Toy shows how sometimes tradition doesn’t always matter and that love truly conquers all.

Samira “Sam” Broderick, an Indian American physical therapist works hard for what she does and when she arrives to join her cousin for six months in Melbourne, her home before moving to LA, her mom pounces on her about her

For almost a decade, successful 37-year-old Samira Broderick has used her bustling LA practice as an excuse to avoid a trip home to Australia. She still resents her meddling Indian mother for arranging her marriage to a man who didn’t stick around when the going got tough, but now with a new job Down Under, she’s finally ready to reconnect with her. And while she’s there, a hot international fling might be just what she needs to get out of her recent funk.

Aussie stuntman, Rory Radcliffe, has been hiding his stutter for years by avoiding speaking roles. When a job he can’t refuse comes up as a reality show host, he knows he’ll need some help for the audition: a dialect coach. But he finds himself at a loss for words when he discovers it’s the same sexy woman with whom he just had a mind-blowing one-night stand…

Samira can think of many reasons why Rory is completely wrong for her: he’s ten years her junior, for one, and he’s not Indian–something Samira’s mother would never approve of. Even if things were to get serious, there’s no reason to tell her mother…is there?

The Boy Toy shows how sometimes tradition doesn’t always matter and that love truly conquers all.

Samira “Sam” Broderick, an Indian American physical therapist works hard for what she does and when she arrives to join her cousin for six months in Melbourne, her home before moving to LA, her mom pounces on her about her relationship. But Sam’s past relationship arranged by her mother went down in flames, pushing Sam to stray away from any longterm relationship. But, when she has a one night stand with Rory Radcliffe, a stunning stuttering hot man, whom she realizes is younger than him, things get a little mixed up when feelings are thrown into the mix.

I gave The Boy Toy five stars, absolutely loving and enjoying every second of what I was reading. I loved that Rory had a little stutter to his character as that is something you never see in books which makes him unique. This also relates back to Nicola Marsh also have a speech impediment which adds to the heart and soul and the connection that she put into this book, the tiny details we wouldn’t have thought about, she added. Rory was kind and understanding and cared a lot about Sam even though he tried hard not to fall for her because he knew that she was leaving after six months back to LA. Sam, who’s Indian American is also something I really enjoyed as I don’t especially see these two cultures intertwine often in books so I loved the diversity and Asian representation in this book.

From the very beginning, Sam’s mom wants to arrange her with Manish, a handsome Indian doctor, but Sam and Rory’s connection is strong and even though they have a ten year age gap, they both want each other and that makes their relationship strengthen over time. I think that these types of arranged marriages are something that are common throughout different cultures and it was a nice touch that was added to this book as many people in real life do have to face parents who do want them in arranged marriages. Both Rory and Sam have to face the fact that Sam’s mom is trying to set her up with another man when she is slowly falling for Rory.

Their relationship formed such a strong bond between each other even when they had to face complications, but they both fought through the differences and the complications. I fell in love with Sam and Rory’s relationship throughout this book and was cheering them on the whole time. This type of relationship, where there’s communication and understanding between the two couples makes it so much stronger the read and I enjoyed every single second of it.

If you are looking for some similar books, I suggest Ties That Tether by Jane Igharo that is also coming out very soon. Similar premise to arranged marriage culture and falling in love with someone who your parents surely don’t approve. I also gave Ties That Tether five stars and my review will be up on September 14, 2020