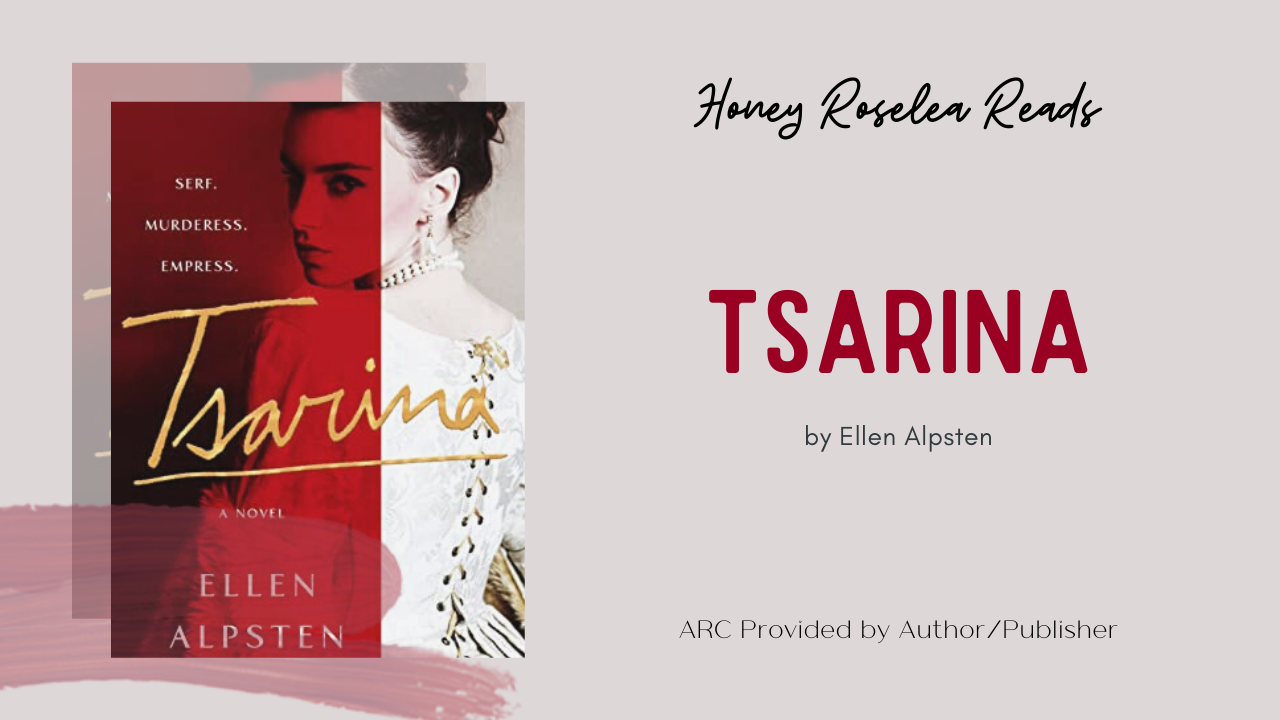 Tsarina tells of love, betrayal, and power through the life of Catherine Alexeyevna rising up through the ranks of Russia.

Catherine Alexeyevna who was born as Marta, grew up hardworking and a survivor in her small village in Russia, battling brutal winters and her harsh stepmother.

When she was 15 years old she was sold, but…

Spring 1699: Illegitimate, destitute and strikingly beautiful, Marta has survived the brutal Russian winter in her remote Baltic village. Sold by her family into household labour at the age of fifteen, Marta survives by committing a crime that will force her to go on the run.

A world away, Russia’s young ruler, Tsar Peter I, passionate and iron-willed, has a vision for transforming the traditionalist Tsardom of Russia into a modern, Western empire. Countless lives will be lost in the process.

Falling prey to the Great Northern War, Marta cheats death at every turn, finding work as a washerwoman at a battle camp. One night at a celebration, she encounters Peter the Great. Relying on her wits and her formidable courage, and fuelled by ambition, desire and the sheer will to live, Marta will become Catherine I of Russia. But her rise to the top is ridden with peril; how long will she survive the machinations of Peter’s court, and more importantly, Peter himself?

Tsarina tells of love, betrayal, and power through the life of Catherine Alexeyevna rising up through the ranks of Russia.

Catherine Alexeyevna who was born as Marta, grew up hardworking and a survivor in her small village in Russia, battling brutal winters and her harsh stepmother.

When she was 15 years old she was sold, but from there, she had to work hard to rise up through the tough situations that she had to deal with. But, with having to deal with people who wanted to bring her down throughout her life trying to bring her down, she became the stronger more powerful one to dominate and fight her way through her enemies.

I gave Tsarina three stars. I loved the historical fiction aspect to this story and really enjoyed learning more about Russia’s reign and about Catherine Alexeyevna and the way there was the detail of the way Catherine grew up and became successful in her own way.

There are definite graphic scenes that I did not realize until reading this but while I took into account that there would most likely be scenes in the book, I definitely was not expecting it.

Some things that I liked were the way Catherine was independent. She grew up needing to do things on her own most of the time and was treated differently because she was born through an affair. The men she met most likely treated her poorly so she had to deal with many things on her own. She was very strong and powerful and for most parts didn’t let the men that she met get in the way of her hard work.

While I do not know a lot about Russia’s history, I did enjoy learning about the Tsar Peter and the way he was dominant and fought battles and did not take anything from anyone. He was a cruel man who did things his own way and had no toleration for people who disagreed with him.

The way Catherine’s 12 pregnancies were written out and the rise and fail of when Catherine and Peter were Tsar and Tsarina was filled with drama and betrayal that it definitely made me more interested.

But with Tsarina I found that it didn’t captivate me as much as I would have liked. It seemed as if it dragged on a little too long even though it was about Catherine’s life. I felt like it wasn’t pulling me into the story as much and even though I enjoyed the historical context very much, I felt disconnected from the rest of the story.

I still enjoyed most of it though and loved the way Catherine rose up to the ranks to become successful and powerful.

Please do be aware of graphic scenes in the book.

Thank you again to NetGalley for providing me an ARC in exchange for an honest review.