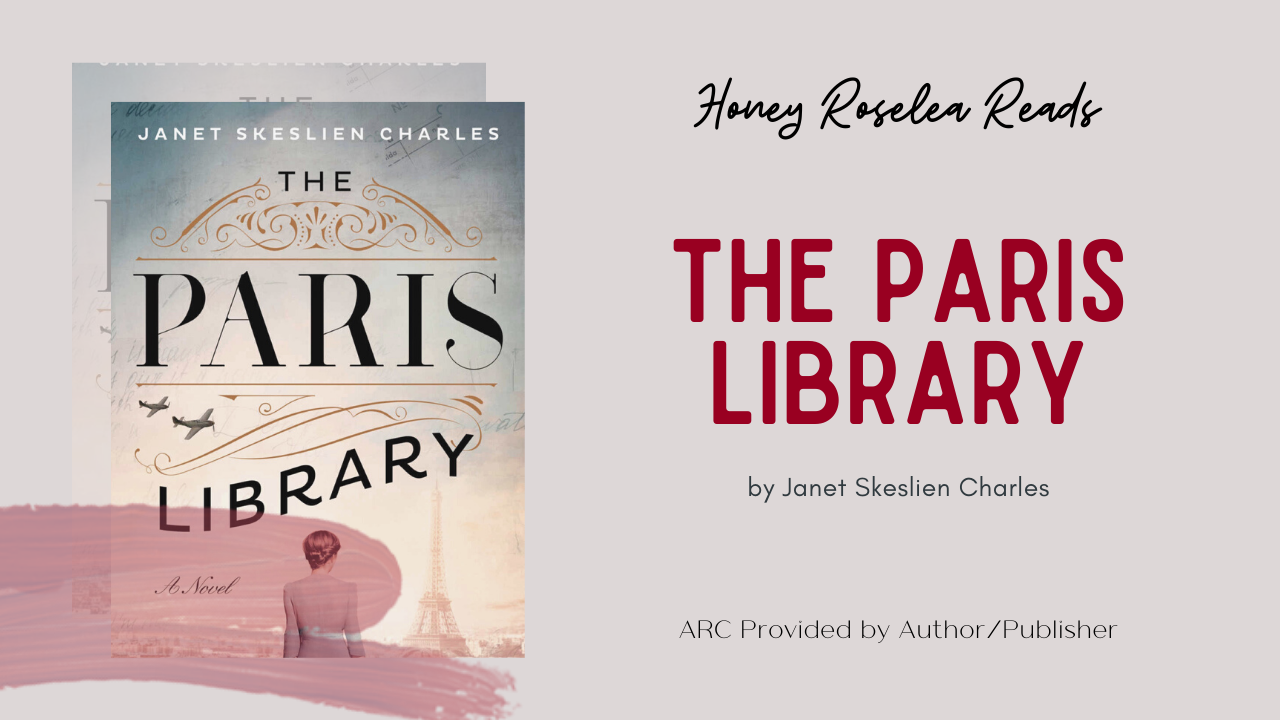 Based on a true WWII story, The Paris Library tells the tale of Odile Souchet a young librarian in the midst of the second world war, dealing with betrayal, love, family, friendship, and dealing with the past.

In 1939, Odile Souchet, recently graduated seeks to find a job with the things she loves most: books. Accepted

Paris, 1939. Odile Souchet is obsessed with books and the Dewey Decimal System, which makes order out of chaos. She soon has it all – a handsome police officer beau, an English best friend, a beloved twin, and a job at the American Library in Paris, a thriving community of students, writers, diplomats, and book lovers. Yet when war is declared, there’s also a war on words.

Montana, 1983. Widowed and alone, Odile suffers the solitary confinement of small-town life. Though most adults are cowed by her, the neighbor girl will not let her be. Lily, a lonely teenager yearning to break free of Froid is obsessed by the older French woman who lives next door and wants to know her secrets.

As the two become friends, Odile sees herself in Lily – the same love of language, the same longings, the same lethal jealousy. The Paris Library’s dual narratives explore the relationships that make us who we are – family and friends, first loves and favorite authors – in the fairy tale setting of the City of Light. It also explores the geography of resentment, the consequences of unspeakable betrayal, and what happens when the people we count on for understanding and protection fail us.

The wit, empathy, and deep research that brings The Paris Library to life also brings to light a cast of lively historical characters and a little-known chapter of World War II history: the story of the American librarian, Miss Reeder, who created the Soldiers’ Service to deliver books to servicemen, and who later faced the Nazi ‘Book Protector’ in order to keep her library open. She and her colleagues defied the Bibliotheksschutz by delivering books to Jewish readers after they were forbidden from entering the library.

Based on a true WWII story, The Paris Library tells the tale of Odile Souchet a young librarian in the midst of the second world war, dealing with betrayal, love, family, friendship, and dealing with the past.

In 1939, Odile Souchet, recently graduated seeks to find a job with the things she loves most: books. Accepted at the American Library in Paris, Odile forms bonds with different types of people which play an important role to her future. Her father is strict and her mother is a typical loving housewife while her and her twin brother Rémy, fight their father on the ways of independence and self-discovery.

As Odile discovers her love for working as a librarian, the looming Nazi occupation that enters Paris begins to unfold and she must learn to adapt to the sudden and large changes of the world around her.

Now jump to 1983, Lily, a high school student in Montana recently fighting the tragic loss of her mother must deal with her father marrying a younger woman only a few months after the death of her mother. Finding a connection with her elderly French neighbor, Odile, when she has to interview her for a school project.

I gave The Paris Library five stars and absolutely enjoyed my time reading this book. The powerful message about the Nazi occupation of World War II made me hold my breath in some parts of the book and the twists of betrayal made me captivated and excited to dive deeper into the story.

Her relationship with Paul who was introduced to her by her father played an important role in her life as well as her story in the past of when she was living in Paris. He pushed Odile to realize the power of love throughout working at the library and discovering the truth about the Nazi occupation that had arrived in Paris and the connections in her life that she would soon discover.

I enjoyed reading Lily’s point of view as well because she played a big role in getting Odile to open up about her past. Odile had been in solitude ever since her husband Buck passed away so when Lily comes into her home asking for an interview, Odile begins to find pieces of her in Lily. Their bond grew throughout Lily discovering who Odile was and was great to read throughout the book because it showed how Lily grew into a stronger more confident teenager with the help of Odile and Odile grew too open up more to the people around her after the death of her husband.

My one complaint was Odile’s second husband, Buck. I found that he played an important role in Odile’s story after she met Lily but there was so little times where he was featured in the books when they would flashback to when Odile was still in Paris. We got parts when they actually met but we never come to find more about their fast marriage and what ended up happening to Paul, Odile’s first husband.

But, that was not something that I was too worried about throughout the book and all in all I absolutely fell in love with Odile and Lily and their friendship that slowly blossomed and grew and how they both developed into better versions of themselves at the end of the book.

Thank you again to NetGalley for providing me an ARC of this book in exchange for an honest review.