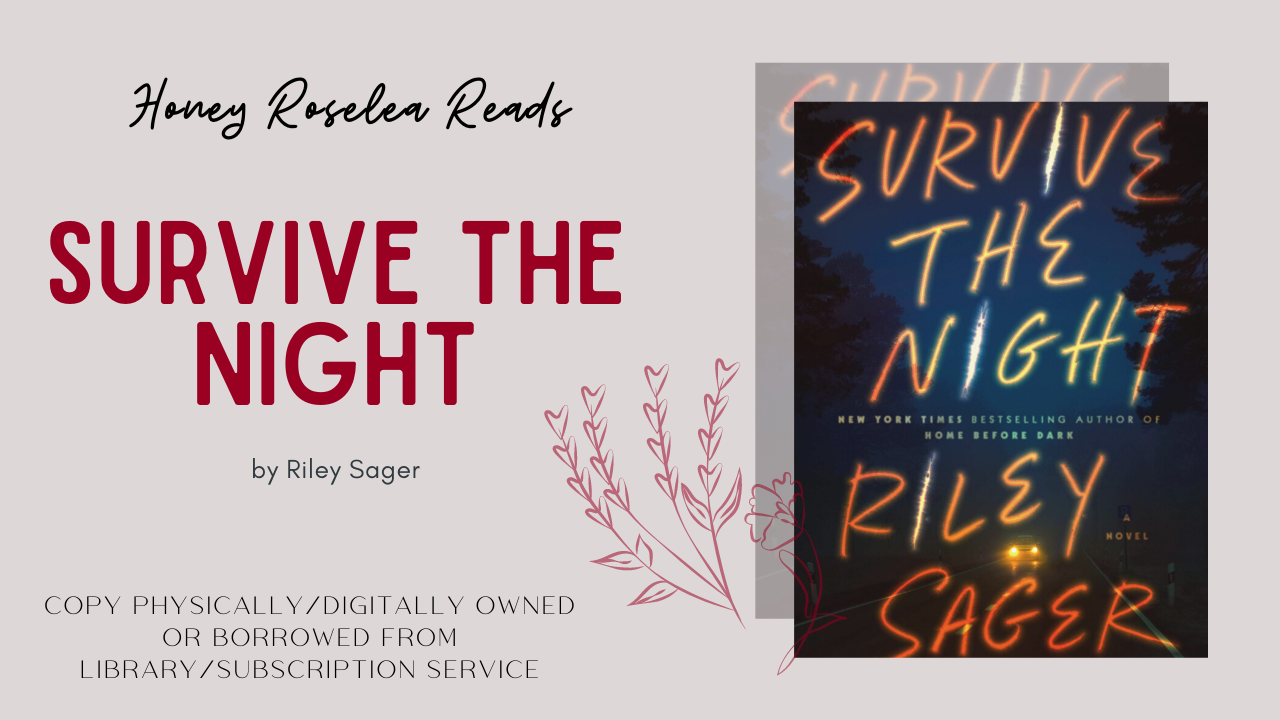 It’s 1991 and Charlie Jordan is ready to go home after the death of her best friend Maddy, ready to escape the Campus Killer, who is still out there. But, when she decides to hitch a car share ride with Josh, she realizes throughout the night that his story is getting more weird, stories that don’t connect. She comes to realize that…

It’s November 1991. George H. W. Bush is in the White House, Nirvana’s in the tape deck, and movie-obsessed college student Charlie Jordan is in a car with a man who might be a serial killer.

Josh Baxter, the man behind the wheel, is a virtual stranger to Charlie. They met at the campus ride board, each looking to share the long drive home to Ohio. Both have good reasons for wanting to get away. For Charlie, it’s guilt and grief over the murder of her best friend, who became the third victim of the man known as the Campus Killer. For Josh, it’s to help care for his sick father. Or so he says. Like the Hitchcock heroine she’s named after, Charlie has her doubts. There’s something suspicious about Josh, from the holes in his story about his father to how he doesn’t seem to want Charlie to see inside the car’s trunk. As they travel an empty highway in the dead of night, an increasingly worried Charlie begins to think she’s sharing a car with the Campus Killer. Is Josh truly dangerous? Or is Charlie’s suspicion merely a figment of her movie-fueled imagination?

What follows is a game of cat-and-mouse played out on night-shrouded roads and in neon-lit parking lots, during an age when the only call for help can be made on a pay phone and in a place where there’s nowhere to run. In order to win, Charlie must do one thing–survive the night.

It’s 1991 and Charlie Jordan is ready to go home after the death of her best friend Maddy, ready to escape the Campus Killer, who is still out there. But, when she decides to hitch a car share ride with Josh, she realizes throughout the night that his story is getting more weird, stories that don’t connect. She comes to realize that perhaps, she is sitting next to the Campus Killer.

I gave Survive the Night three stars, finding the writing style and plot rather… fascinating. Unfortunately the fascinating parts became something I just felt was not something I ended up really finding fun. I just found that the plot felt rather stilted, not fully developed. I think that if this was perhaps more in depth plot points to the Campus murder, how Charlie discovers who the Campus Killer truly is, it would have been better.

I felt that when we finally discovered the true identity of who the Campus Killer was, I felt unsatisfied. Where was the tension? he scared feelings I should get as if I were in Charlie’s own shoes? It didn’t come. I felt as if I was reading what happened to Charlie and what happened throughout Survive the Night rather than imagining I was Charlie herself, realizing that perhaps I was sitting next to the Campus Killer. It also might have something to do with the way Riley Sager decided to write Survive the Night, as if he were telling us the story, rather than reading us the story.

Overall, I had heard mixed reviews of Survive the Night, so when I picked this up, read the synopsis, I was genuinely excited, but, upon reading this, there were so many things I was hoping for in Survive the Night but did not get.