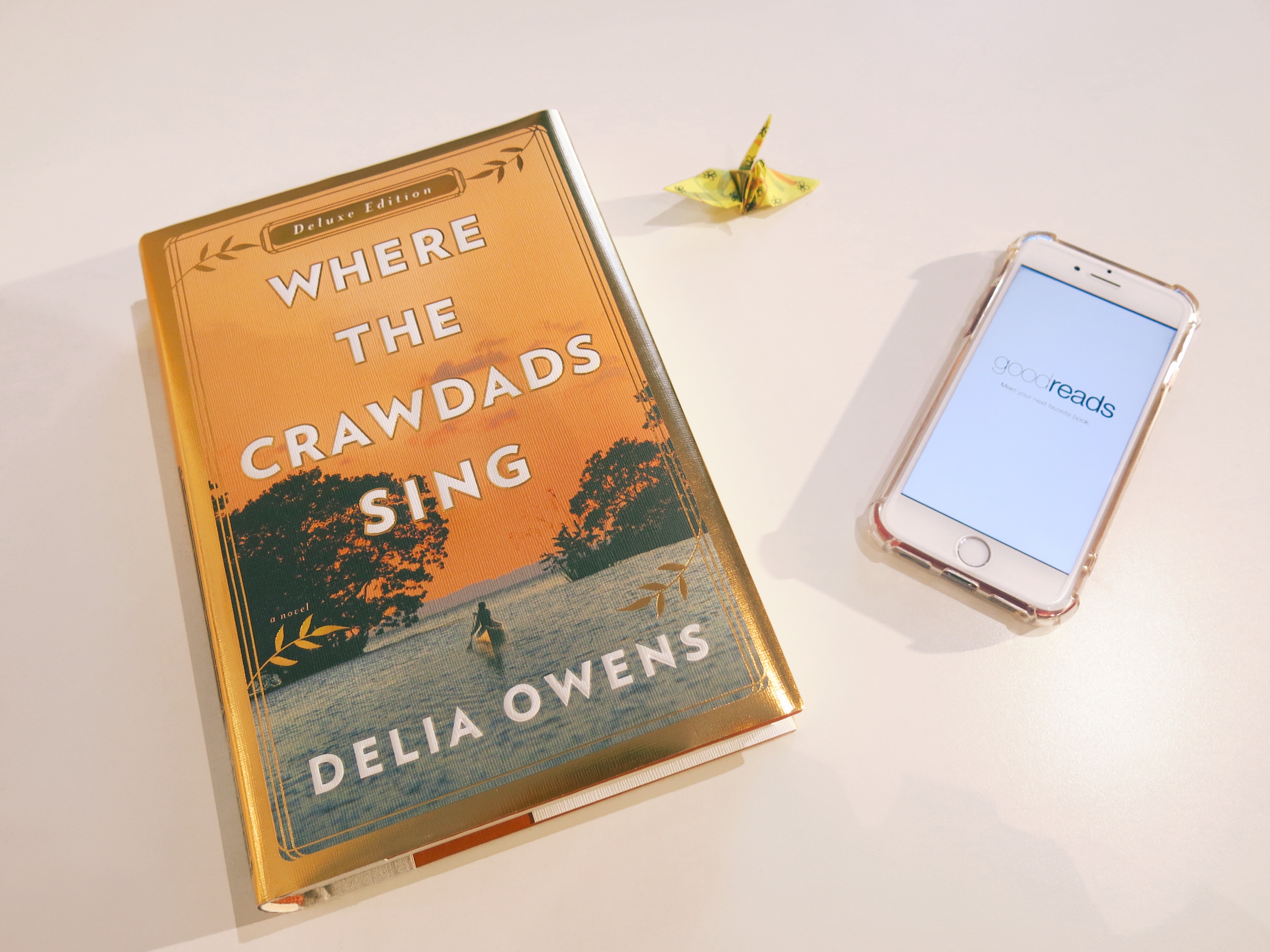 Just want to tell you guys before we start, I never have spoilers in reviews. Anything mentioned is either on the blurb or anything accessible online!

I read Where the Crawdads Sing by Delia Owens in early April, technically listening to the audiobook and I absolutely fell in love with it. It is a historical fiction and deals with murder, second-chance romance, societal hierarchy, and mystery and had really lead me on my toes. I couldn’t stop listening to it when I originally picked it up and this is, to this day, not a regret of mine.

I picked up Where the Crawdads Sing solely for its stunning cover and the quick blurb that I read when roaming through my local library’s online library on Libby and when I saw it, I immediately picked it up. Now what is it about?

A young girl named Catherine Clark, Kya for short is forced to grow up and raise herself in the marshes of Barkley Cove, North Carolina. Flash forward to 1970 when Kya is accused of murder of Chase Andrews, a popular local loved by everyone. This book deals with murder, romance, mystery, and the hardships of society in a town.

This book was fascinating to me because I’ve never really read a book with both murder and romance together and had picked it up mainly to see if I would like the two together and was not disappointed. Kya deals with a lot as she grows up and has found solace in the marsh around her house that she lives alone in and lives off the land around her and this was something that I found intriguing. You never read about a young girl who was abandoned from a young age grow up to become something different. And something she had to face when she was younger was that she was a loner. No one accepts her in Barkley Cove because everyone knows she lacks the education as her parents and her family left her from when she was very young. This was an aspect that I found interesting because this was the first book that I discovered with a protagonist having to fend for herself since a very young age.

Murder and mystery is something that I also enjoyed within the story. I mainly do not read murder and mystery save for Murder on the Orient Express by Agatha Christie, so I was originally lacking enthusiasm when it came to reading about the murder that happens in the story, however, as I pushed to listen to the story more, I found the audiobook perfectly fit the setting of mystery and sitting at the edge of your seat aspect. While this book was not on the level of Agatha Christie’s books, for a book to further interest me in the murder that happens was quite shocking.

One of my favorite categories and genres is romance, so when I saw on Goodreads that this book had romance in it, I was immediately intrigued. This book features somewhat of a second chance romance which is absolutely one of my favorite sub-categories of romance because — of course — everyone deserves a second chance, I fell in love with who Kya falls in love with and the relationship was definitely not boring at all. While there were some particular actions that Kya did that were disagreeable, I found that their romance development grew splendidly and made up for some actions.

The narrator of the audiobook was well chosen out and I was thoroughly pleased and listened intently throughout this audiobook. This pushed me to buy the physical hardcopy and I have no regrets. It is an absolutely amazing, well written book and I would highly recommend you pick this up.

I rated this 5 stars on Goodreads and still stand by the 5 stars.

I hope that you pick this up yourself whether it’s the audiobook or a physical/online copy and if you liked it as well, I would love to hear it in the comments down below!