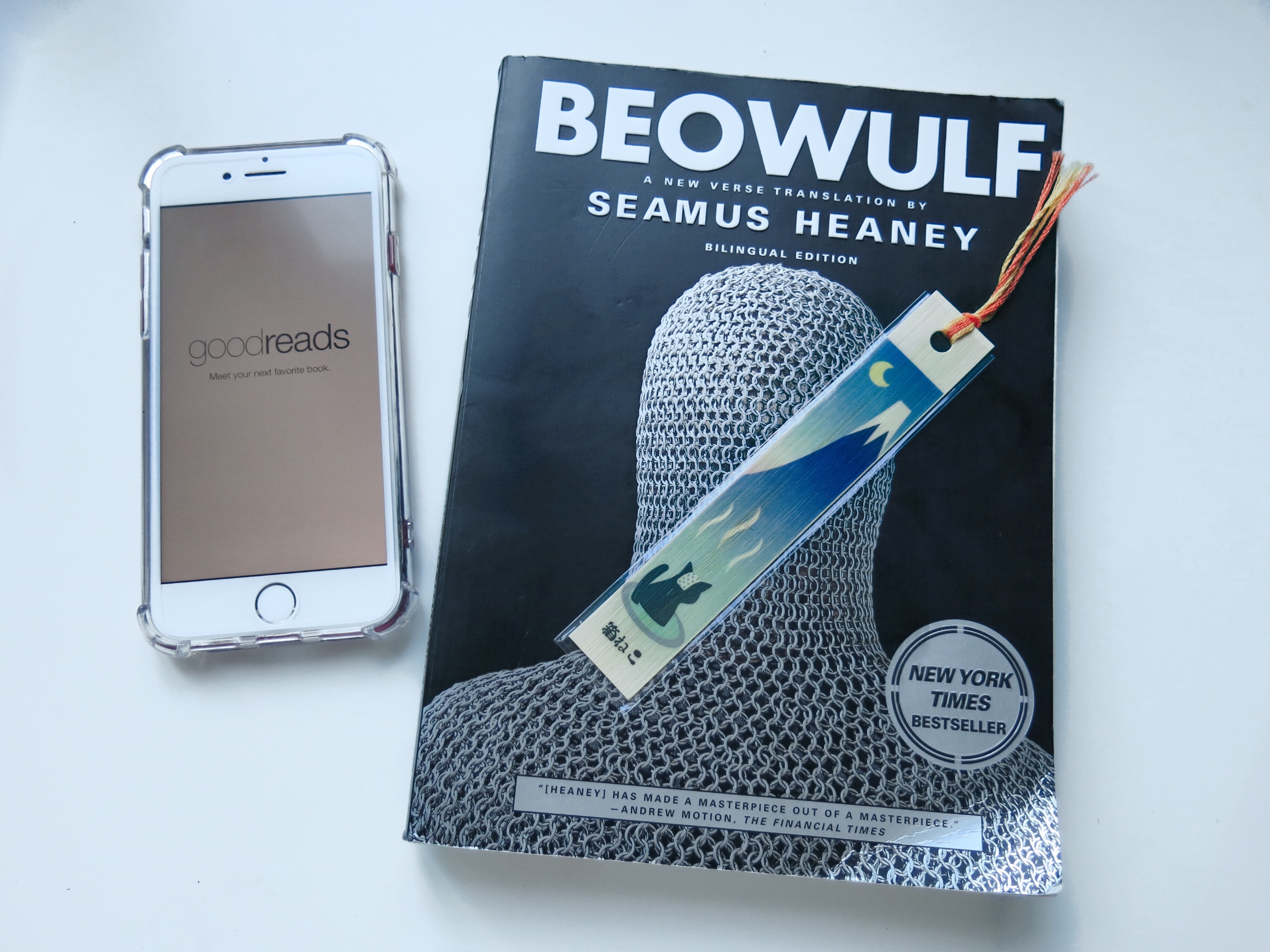 Classics, for me, are something that I never read unless pushed to read. Like back in Intermediate school (3-5 grade), my dad forced me to read classics in the summer and maybe that contributes a little to my lack of reading classics at this point in time. But, when school pushes me to read classics, I never say no. Why is that? You may ask, well this is because each book given to us pushes us to understand things we would skip over when reading because our dad forced us to. So why is Beowulf so good?

I rated this on Goodreads a 3 star because I wouldn’t enjoy this if I were pushed to read this by a family member and years before that, I was already interested in reading Beowulf because of the history and old english. One of my favorite genres to read is historical fiction and this was probably the first book I finally was interested in to read in an English class.

Beowulf has many different aspects to why its a good classic: character development, monsters, heroic acts, an arrogant character, etc., which makes it likable. So let us get into who Beowulf is.

Beowulf is a hero of the Geats, a soldier who has slayed many monsters and won many wars. Grendel, the first monster, has many characteristics that are unlike all types of monsters, he’s the only one of his kind that has these traits (that I will not mention) although he does have his mother by his side. The story, through old English, tells us how Beowulf sails with his soldiers and men to Heorot, King Hrothgar’s court/society/kingdom in the Danes (Olden days Denmark). Throughout the story there are three monsters that Beowulf fights, Grendel is the most well known and is usually what comes to peoples minds when thinking about this book. The other two will not be mentioned so you’ll have to discover it! When you read this, if you read this, do keep in mind that this is placed around the 6th century C.E. so the language is old and requires a lot of patience, which on occasions, I did not have.

I liked Beowulf as a character because most protagonists do not at all act like him. He’s arrogant, cocky, and acts superior to all, but, throughout the story, everything is explained as to who Beowulf is. While yes, he’s all those listed, he’s also a good warrior, a savior, hero, reasonable, and negotiates well. He forms alliance between people through his good deeds but also has an arrogant persona that turns you off of him.

So many classics (that I remember reading about) talk about love, self discovery, going on an adventure, but Beowulf talks about war and monsters, things that classics that I have read in the past do not have. Yes some classics I have read before would have some situation that pushes them in a war or perhaps the time period is around, however, Beowulf fighting monsters was one of the ongoing wars that was shown throughout the story.

While Beowulf is hard to analyze at first, after a while of reading it, you’ll find that there are patterns within the story and behaviors that stick out, making it easy to analyze. From my past experiences, I always found that classics were hard to analyze, especially when the English is different, like the Old English used in Beowulf.

The good thing about finishing Beowulf is that I finally understand what it’s like to read a proper Old English story. In the past, reading Shakespeare felt similar, but being able to branch out and read stories like Beowulf really put my mind in the different classics that you could read.

I’m currently reading, Grendel by John Gardner, for the same class and it’s magnificent as to how different authors grab the same folk tale such as Beowulf and write the villains’ side of the story.