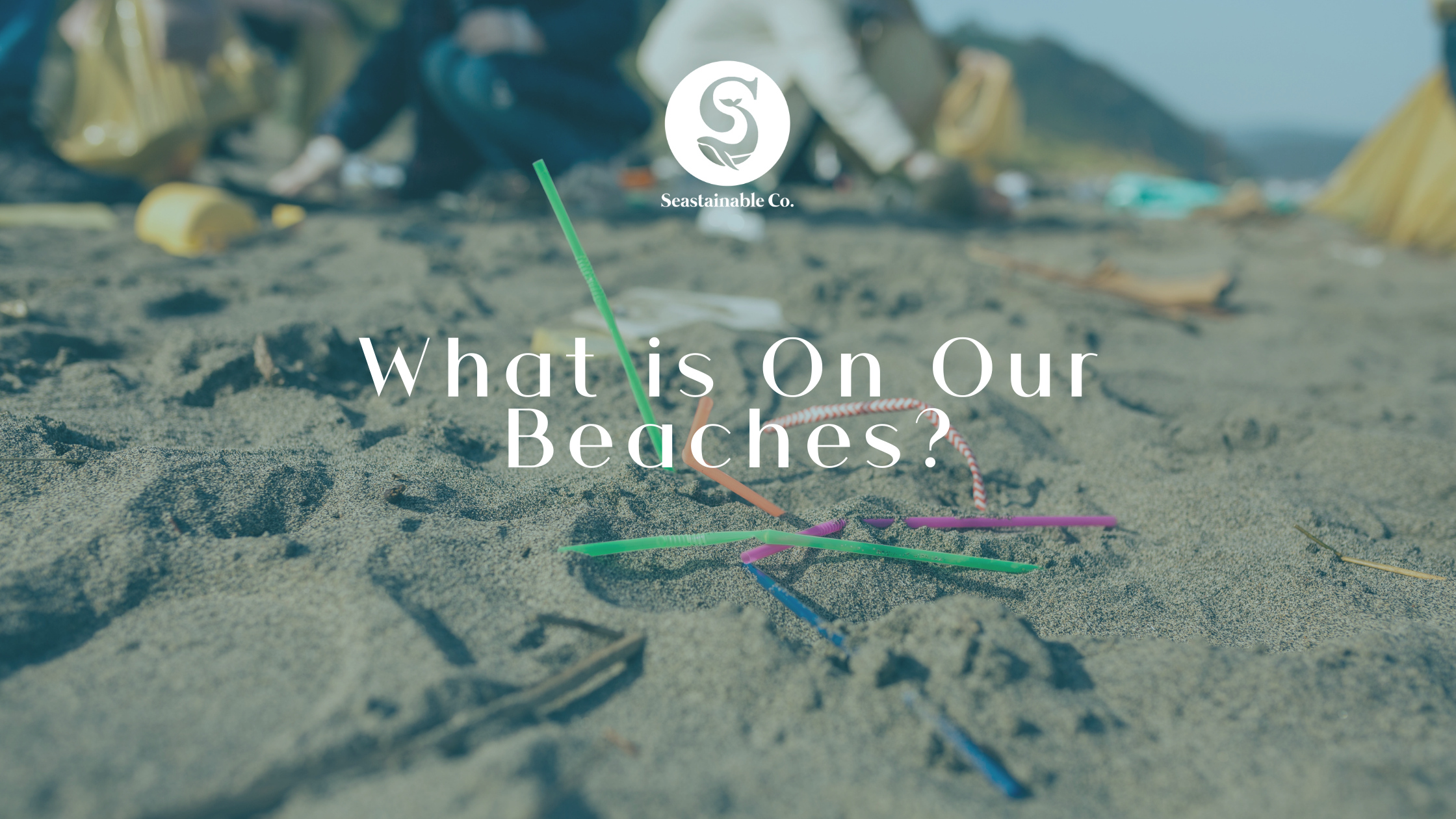 At seven in the morning every day, more than 40 cleaners comb through East Coast Park to pick up trash that has been washed up on our shorelines from the night before. Therein lies the question, what are the types of trash that wash up on Singapore’ shores, and where do they come from? Due to the monsoon, the changing tides are constantly bringing in more trash from the sea, and simultaneously  pulling back any trash that has been left on the beach previously.

Here in Singapore, some forms of   trash you can find in abundance are; foam pieces, cigarette butts, plastic pieces, plastic beverage bottles, straws/stirrers, food wrappers, other plastic bags, other plastic/foam packaging, plastic bottle caps, plastic cups/plates. This data was collected through the annual efforts from the International Coastal Cleanup, Singapore (ICCS)  from 2018 onwards. Here are three types of trash that are most commonly found on our beaches – and  have a heavy impact on the coastal environment

Accounting for 26% of beach trash (ICCS Data, 2018), foam pieces are in the lead for trash that is most commonly found on beaches.While that might not seem like a significant amount to most people, the foam pieces collectively accumulate to 42,445+ pieces. Unfortunately, each year people are finding more foam pieces being washed up or dumped on the beaches. Most of the foam pieces come from the local hawker centers here in Singapore; styrofoam containers are still much cheaper compared to other disposable ware like plastic containers, coated paper boxes, etc. During the beach cleanups I have been to in the past, I  collected foam pieces of different shapes and sizes and wondered how it managed to remain for such a long time and what it could have been made of. Styrofoam, otherwise known as, “extruded polystyrene foam” (EPS) is non-biodegradable and environmentally unfriendly. While it might be convenient for hawker centers and night market stalls, styrofoam is also known to leak chemicals, contaminating food.

New York, Penang, a few California cities, Minneapolis, and Seattle are among the few cities that have  banned styrofoam usage. The Singapore government currently has not imposed a firm ban on the use of disposable plates, bowls, utensils, etc., of styrofoam at hawker centers but merely discourages the use of styrofoam containers. It might be tough during COVID-19 to be able to bring your own containers to hawker stalls for safety reasons, but hopefully, in the future, hawker centers, night markets, etc., will be enforcing the ban of styrofoam containers and utilities for food.

As smoking is not outlawed in Singapore, many people like to go to the beach to have a smoke; Singapore has restrictions for where people can smoke. As many of us already know, smoking has many health implications. But it also negatively impacts the environment. In the ICCS data from 2018, cigarette butts accounted for the second highest collection of trash with 13% with a total of 20,915+ pieces collected throughout Singapore beaches. Cigarettes are harmful to the environment as they are toxic waste, and contain chemicals that contaminate the waterways, ground soil, and can harm wildlife. I always knew that smoking is bad for our health but never knew that it would also be harmful for the wildlife until recently having found out that the filters in cigarette butts are made of plastic. The plastic is made of cellulose acetate, a type of plastic that is not readily biodegradable. Eventually, the pieces of the filter will break down into tiny pieces and those pieces will continue to exist within the marine environment.

Cigarette butts are also filled with toxic chemicals. Around 600 additives are used to manufacture cigarettes, ranging from retaining moisture in the tobacco all the way to artificial flavoring to accommodate smokers’ tolerance. Some chemicals in cigarette butts may contain arsenic, nicotine, various heavy metals and a class compound called polycyclic aromatic hydrocarbons that are released into the environment from discarded cigarette butts. (Perhaps elaborate why these chemical releases are bad) These chemicals, however, are only released when a cigarette is lit, so this leads to about 7,000 chemicals in the cigarette smoke with around 69 carcinogens (cancer-causing substances) among the chemicals, including many more toxic chemicals.

Making up 90% of beach trash, plastic is the most common waste type. For the 2018 ICCS cleanup, the total was 10% in leading trash found on local Singapore beaches. It poses the question, why is plastic the most common and abundant type of trash that one would find at a beach? This is because many plastic products are physically broken down into smaller pieces. Microplastics are a result of the degradation of larger items like plastic bags, for instance. Many of these microplastics can be found primarily in facial scrubs or cosmetics, resin pellets, and synthetic fibers. These microplastics that are washed away by the waves take longer to degrade in the sea due to the lower temperatures and salt presence than they would on land. This shows us that while plastic is convenient and durable it has negative effects on the environment and can also have negative effects on humans.

Microplastics are primarily less than five millimeters (mm) in size and  are unsafe for the ocean as plankton in the ocean are eaten by marine creatures. With microplastics, they have been known to be found in human excrements due to humans eating fish and different types of seafood. As many marine animals believe that the plastic floating in the ocean are food, i.e, Green Sea Turtles might mistaken a  plastic bag for jellyfish. Algae, that is consumed by krill, serves as the base of the food chain. Krill can mistaken microplastics for algae and when consumed, the microplastics would then proceed to enter the food chain, with humans sitting at the very top as apex predators.

More than 400 types of bacteria have been discovered on micro-plastics which were then identified within DNA sequencing. A third of the type of bacteria were considered toxic while about 40% had some useful properties. The latter are able to biodegrade marine pollutants like hydrocarbons, but, for the other remaining bacteria, it is yet to be known whether it is toxic or if it could be beneficial.

Now during the time of the Coronavirus, we are seeing more appearances of new types of trash: Personal Protective Equipment (PPE) littered along the beaches. Many people doing beach cleanups have found a number of masks, gloves, and syringes on the shores. While the number is relatively small, as we dive deeper into COVID-19, there could be a rise in those numbers and potentially more PPE found on shores. Medical waste has also been found on the shorelines of Cote d’Azur (Southeast France) and the Cilincing and Maruda rivers in Indonesia and may slowly appear in other parts of the world.

Trash is a leading problem whether it is on the beach or in the center of a city, but concerns are rising as more trash is showing up on beaches and proceeding to get dragged by the waves and into the sea where they can cause damage to marine life. Hopefully, while the COVID-19 pandemic continues on, we can continue to help the environment out by cleaning up these types of trash that can make a difference to both marine lifestyle and human lifestyle. It is also important for us to use designated trash cans in order for us to safely dispose of our recyclables for our daily trash amounts and if possible, use your own containers brought from home.

One thought on “What is On Our Beaches?”